The glow up: Chance the Rapper posts throw back photo of Lizzo interviewing him 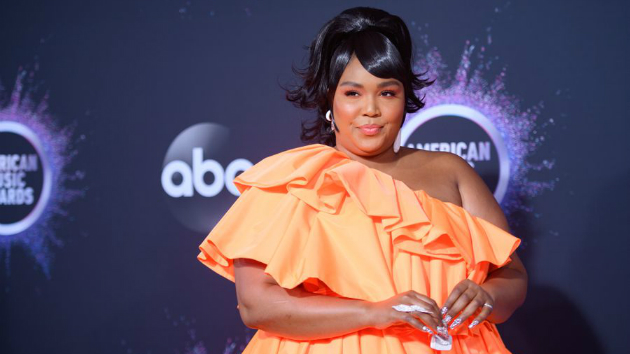 ABC/Image Group LAChance the Rapper is showing some major love to his fellow Grammy-Award winner, Lizzo, who he remembers interviewed him back in 2012.

In a new Instagram post, Chance shared a clip of himself being interviewed by a woman with a familiar face.

“Anybody recognize the woman interviewing me??,” asked the Chicago MC in the lengthy caption praising the future star. “Give you a hint we’re playing the same Houston festival in a couple weeks and have the same number of GRAMMYs.”

Yes, that woman Chance is referring to is 100% Lizzo, the powerhouse singer and entertainer. He and Lizzo both have three Grammys.

“I was being interviewed for a small magazine in Minneapolis called GreenRoom, right after a small show I was playing,” Chance continued, offering context to the clip. “I remember it like it was yesterday and it was EIGHT years ago. Wow man.”

Chance even admitted he’s been watching Lizzo rise to superstardom.

“I’ve watched Lizzo work her a** off to become the biggest act in the world and it was nothing but her and her day 1 bestfriends’ hard work, and her own God given Talent,” Chance wrote. “I am immensely proud of her and so inspired by her journey. Life is crazy.”

In a previous interview with Rolling Stone, Lizzo, born in Detroit and raised in Houston, shared she had moved to Minneapolis in 2011, describing it as “one of the best decisions I’ve made in my entire life.”

“I went to Minneapolis and I played a show at the Varsity, and this girl came over to me crying and said, ‘I don’t know if you live here but you need to be here and we need to see people like you here.’” she said. “It changed my life.”