This video is private. Producer Dennys knows when you're high, and this may be the best contestant we've had yet! What do you want to see south Florida schools do? Vote Here!

Get weird and whatever with Jbird, Dennys, Vickie, Ryan and Brittany! Someone stole Stacy’s mom’s recipe and she is furious in today’s Facebook Fishing! Take one listen to the KVJ Show and you will notice immediately that there is no show like them in the country. Their unique personalities play perfectly and hysterically off of one another. Each of them has their own unique personality, which enables them to cover every angle on any given subject. These unpredictable and unduplicated perspectives not only entertain the audience, but it keeps them coming back for more day after day. I still can’t figure out how I got to where I am. I guess it all started with an invitation to go “play around” at a small college radio station at Ohio University. Since I didn’t go to class much, I had plenty of free time. Radio became my hobby . . . and then my passion . . . and now I’m lucky enough to be doing something I love in an area that I love. I met my wife right here in South Florida. I call her my Mexican Queen. She’s got a great sense of humor and we laugh a lot. When I’m not working, we’re rarely apart. We have three kids together – a set of adult twins (Colin & Caitlin) and a younger son, Cannon. We are active in our church at Christ Fellowship. I also love sports and trying to stay in shape. I also am trying to learn to speak Spanish! Between work and family, there is not much time for myself, but my family graciously gives me a pass for two things: the gym and Ohio State football. I also love music and organization. My iTunes playlists are a ridiculous display of a guy living with an Obsessive Compulsive Disorder. Virginia grew up in Louisiana and is a true southern girl. She attended LSU, in Baton Rouge, before falling in love  with radio at the age of 19. She bounced around the country, working at radio stations in Huntsville, Alabama and Biloxi, Mississippi. She also spent time in New York City. She worked for WMXV, and she was the first (and last) female DJ to spin at the world famous Country nightclub, Denim and Diamonds in Manhattan. She joined Kevin in West Palm Beach in May of 1999, and according to her, “has truly found her radio family with Kevin and Jason”. Virginia says, “I was about to accept a job in my hometown of New Orleans, working on the station I grew up listening to, WEZB, when Kevin called. I can’t really say what made me know he was the one, but I just did. The job in New Orleans paid more, and would have been an easier transition but there was just something about the chemistry we had on the phone that made me want to work with him. Now, almost 20 years later I still feel the same way I did when I started in 1999. During her years in West Palm, Virginia has gone from a fun loving, single girl to a fulfilled, happy wife and mother. She has a wonderful husband, that they have lovingly nicknamed Panda. (His real name is Kevin, but too many Kevin’s is confusing) He recently started a video production company. He can often be found producing their morning show videos, and comes on the air quite regularly. She’s got an adorable girl named Magnolia and little boy named Rocco. Virginia is a proud volunteer for Little Smiles, and sits on the Board Of Directors as The Vice President! Virginia enjoys cooking, shopping, date night with the hubby, amusement parks and spending quality time with family and friends. Jason “J-Bird” Pennington grew up in the small town of Lake Park, in South Florida. It was quickly obvious that he was his mother’s favorite and was given his nickname, because he always loved to run around, “as naked as a J-Bird.” J-Bird grew up in an eccentric household. His parents were lovers of music, junk food, and laughter, which all had a very strong impact in shaping Jason’s life. This has blended together and through it’s influence, Jason has formed a comedy rap group named, “The Value Meal Killah and The Snack Pack”. Their songs are all based on light-hearted topics, like junk food, Bigfoot, and J-Bird’s favorite stars from when he was growing up. J-Bird has always loved baseball and has played his entire life. In fact, J-Bird was actually a baseball instructor before getting into radio in 2004. An obvious fan of nicknames, J-Bird went by the name of “Coach Chicken Tender” at the baseball camp where he worked. In typical J-Bird fashion, he attended six schools before eventually graduating with a Bachelors degree in communications from Florida Atlantic University. He is a life long Atlanta Braves fan and still has many close friends from his earlier baseball days. On September 29, 2011, Jason donated his left kidney to childhood friend and former baseball teammate Jim Romano. The operation saved Romano’s life. Jason has been called weird his entire life . . . but he sees that as a compliment. He has a passionate belief in the existence of aliens, Bigfoot, the Lochness Monster and Chupacabra’s. His other passions involve junk food and soda. In fact, he may be clinically addicted to Mountain Dew. J-Bird is single and has no kids. 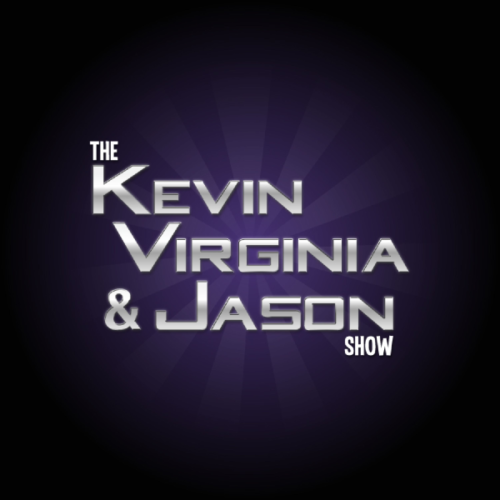 Great Actors Best Movies, Smell It Or Eat It, Dennys Joke Jury, Kanye Runs For President and What Would Be KVJ’s Political Policies Be If They Ran For Presidency? (ATS Starts 1Hr 57Mins 18+ Only)

Get weird and whatever with Jbird, Dennys, Vickie, Ryan and Brittany!

Greatest Things About The USA, Fact or Fiction, Dennys or Animal, Audio Charades, FML and Am I The Jerk? (06-30-20)