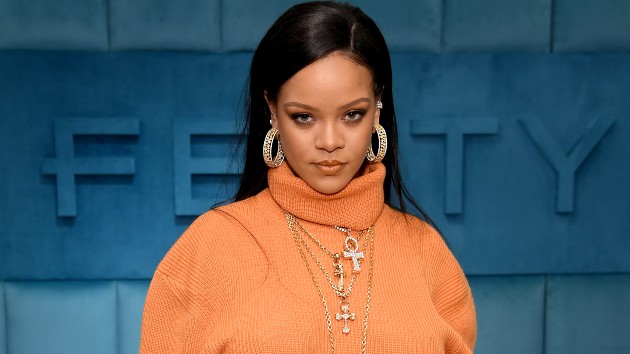 Dimitrios Kambouris/Getty Images for Bergdorf GoodmanAccording to several reports, Rihanna recently broke up with her billionaire boyfriend Hassan Jameel. But the newly single star won’t be spending Valentine’s Day alone this Friday: She’s got plans with a Grammy-winning artist.

Speaking to The Cut at the launch of her new Fenty fashion collection at New York’s Bergdorf Goodman department store, Rihanna said that on Valentine’s Day, “I’m going to be in the studio,” adding, “I’m so excited, actually. I can’t say who I’m working with, but it’s somebody I’ve been wanting to work with…for a long time.”

Then, she laughed and said, “Okay, I’ll tell you. Pharrell.”

While Rihanna did appear on “Lemon,” the 2017 single Pharrell released with his band N.E.R.D., apparently the two have never worked together on her own music.  The wait for Rihanna’s new album — which will be her first since 2016’s Anti — has been so protracted that it’s become a meme, and even Rihanna herself is in on the joke.

The “We Found Love” singer also told The Cut her recommendations for what her fellow single ladies should do for Valentine’s Day.

“Go to Savagex.com right now and get you the one thing you love the most, Rihanna said, promoting her own Savage X Fenty lingerie line.  “Do not look at the price, because it’s for you, and you can’t put a price point on that”

“And then eat whatever the hell you want,” she added. “Women don’t give themselves permission to do that enough.”