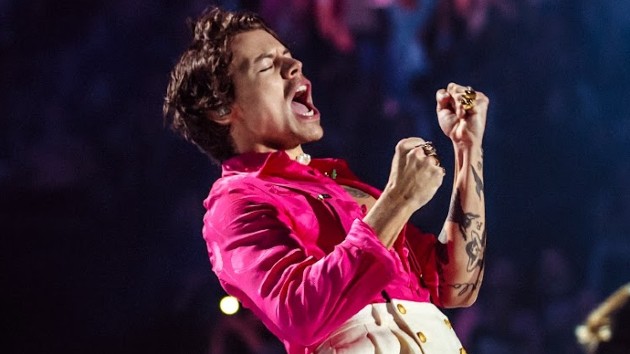 Tim WalkerThe One Direction guys continue to prove that they’re all solo stars in their own right.

Harry Styles has now become the fourth member of the boy band to top the Billboard Pop Songs chart, which is based on radio airplay, rather than sales.  He did it with “Adore You,” the latest single from his sophomore solo release, Fine Line.  The highest he’d gotten previously?  Number 12, with “Sign of the Times” back in 2017.

Prior to Harry, Liam Payne topped the Billboard Pop Songs chart it in October of 2017 with “Strip That Down.”  A week before Liam topped the chart, Niall Horan did it with “Slow Hands.”  And in 2016, ex-member ZAYN hit number one with “Pillow Talk.”

One Direction is the only group with more than two members that’ve notched solo number-one hits on the Pop Songs chart.  The two groups with two members who accomplished the feat are Destiny’s Child — Beyoncé and Kelly Rowland both did it — and Fifth Harmony, thanks to Camila Cabello and Normani.

The one 1D member we’re still waiting for is Louis Tomlinson, who just released his debut solo album, Walls, in January.