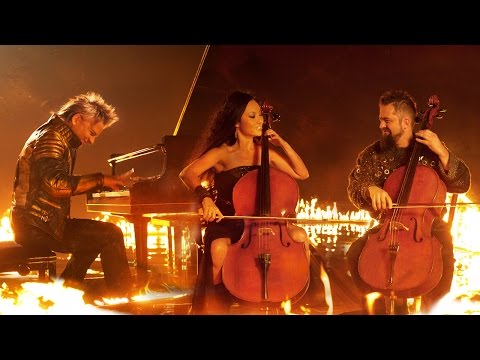 The North American debut of the Havasi Symphonic Concert Show has been rescheduled from October 24, 2020 to October 23, 2021 at 8 p.m., Hard Rock Live, Seminole Hard Rock Hotel & Casino Hollywood.  Tickets for seats previously purchased will be honored on the new date, and ticket holders are eligible for complimentary digital download of Best of Havasi CD and Best of Havasi Symphonic Concert DVD throughout the weekend of October 24th, 2020.

Hollywood, FL, September 30, 2020 – It was announced today that the classically trained virtuoso pianist Havasi—a graduate of the Franz Liszt Academy of Music— will bring his first North American Symphonic Concert Show to Hard Rock Live, Seminole Hard Rock Hotel and Casino on the rescheduled date of Saturday, October 23, 2021 rather than on the previously scheduled date of October 24, 2020.

“It’s fantastic to have this date locked into place now,” said Havasi. “Considering all that the world is going through during this pandemic, we are really looking forward to the performance and bringing the Havasi World Tour to the United States next year.  It’s truly exciting to be able to perform again. We want to offer our gratitude in a tangible way, with all current ticket holders receiving a complimentary digital download of both the Best of Havasi CD as well as the Best of Havasi Symphonic Concert DVD throughout the weekend of our originally scheduled performance on October 24th, 2020.”

Ticket holders will receive an exclusive email on Friday, October 23rd, which will provide the necessary information to access these complimentary downloads.

“This is a terrific gift from Havasi to his loyal fans who’ve been patiently waiting for the new date,” said S.R. Tommie, Founder and President of Redline Media Group, promoters of the show.  “Havasi’s North American Symphonic Show debut will be the first chance fans will have to see this show in North America.  We want to thank the Havasi team for the generosity in offering this special gift for ticket holders, as well as the team at Hard Rock Live for accommodating the new date.  We’re looking forward to an unrivaled musical experience across North America with the Symphonic Show for many years to come.”

Havasi’s original compositions have been performed at some of the world’s most prestigious concert halls, including Carnegie Hall in New York City, The Sydney Opera House and the Konzerthaus in Vienna.  Millions around the world have seen and heard Havasi in sold-out performances:  the iconic Wembley Arena in London, the Mercedes-Benz Arena in Berlin, and the Tauron Arena in Krakow among many other arenas in Europe.  The Havasi Symphonic show has been a Billboard #2 International concert, #1 Album on iTunes, and an absolute #1 on Deezer with #1 Artist, #1 Album, #1 song.

Havasi’s unique musical style blends the depth and discipline of classical tradition with the dazzling diversity of world music, soft rock and the spectacle of high-energy performance.  The program will feature 100% original composed works by Havasi—innovative music guaranteed to be unlike anything United States audiences have heard before.  “Fresh,” “passionate,” and “entertaining” are all words aptly used to describe the Havasi Symphonic experience.  And not only with piano, but orchestra, choir, world music soloists, the latest technology in sound, stage, lighting and video projection—plus rock drums on the same stage—another word would be “spectacle.”

“We’re planning on impressing the fans with this show, especially after the wait,” said Havasi.  “A memorably intense experience, like a thrilling ride on a rollercoaster.  And all of this at Hard Rock Live— who have been nothing but great to work with on this change.  This venue has terrific sightlines and state-of-the-art acoustics.  October of 2021 will be the perfect time, and the perfect place for our performers and the audience to enjoy this performance.”

HAVASI is a contemporary composer and pianist with the rock star-like charisma that can sell out huge stadium concerts. In recent years he sold out the iconic Wembley Arena in London, the Mercedes-Benz Arena in Berlin, and the Tauron Arena in Krakow among many other arenas in Europe. HAVASI Symphonic has been a Billboard #2 international concert, #1 album on iTunes, and an absolute #1 on Deezer: #1 Artist, #1 Album, #1 song.

HAVASI has performed his original compositions at some of the world’s most prestigious concert halls, such as the Carnegie Hall in New York, The Sydney Opera House or the Konzerthaus in Vienna. He is a graduate of the world-renowned Franz Liszt Academy of Music, with a deep knowledge of classical tradition, who is also seeking to make classical instruments relevant to the modern age. His innovative music is unlike anything you have heard before; fresh, passionate and entertaining at the same time. Havasi has been heralded by the US press as “Hungary’s biggest musical export since Bartok”.

Redline Media Group was established in May 2003, and currently provides creative services to brands in over 76 countries. The agency has developed creative messaging and strategic advertising programs for some of the most iconic brands in the world, including Hard Rock International, NIKE, Harley-Davidson, HBO, ESPN, Audi, Jaguar, Infiniti, Land Rover, Lamborghini, Bugatti, Koenigsegg, and more.

The new Hard Rock Live at Seminole Hard Rock Hotel & Casino Hollywood is South Florida’s premier entertainment venue. An investment of more than $125 million, the 7,000-person capacity indoor venue has clamshell-style seating where the furthest seat to the stage is only 164 feet away, giving guests an intimate experience. Designed by Scéno Plus, the 225,000 square-foot facility is also equipped with state-of-the-art in-house sound and lighting, multiple 30’x17’ HD viewing screens and mobile-stage technology. With its technical capabilities, Hard Rock Live supports A-List acts, as well as nationally televised awards shows, sporting events and more. The venue is a standout option for entertainers and tours across the country as well as internationally renowned acts. New amenities at Hard Rock Live include a VIP salon, more than 300 square feet of bar space for fast and convenient beverage service, and The Couches, an exclusive premium seating area featuring plush couches and tables with dedicated in-seat cocktail service, giving guests an elite experience like no other with unparalleled views of the performance from their tiered theater-style seats.