Did Adele just hint that her album will be delayed? 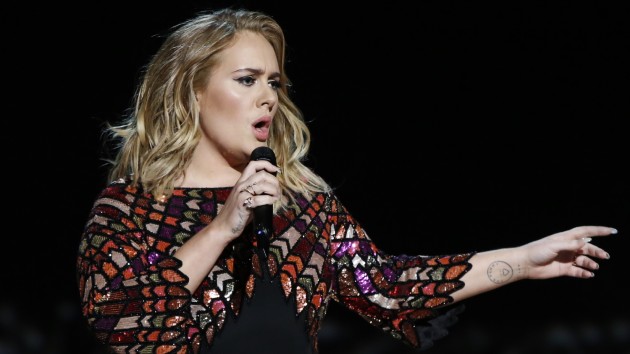 Monty Brinton/CBS via Getty ImagesEarlier this year, fans were thrilled when Adele was captured on video at her friend’s wedding saying that we could expect her new album in September. But now, based on a comment she made over the weekend, fans are concerned that that’s no longer the case.

Saturday night, R&B legends and hitmakers Babyface and Teddy Riley took to Instagram live for a friendly battle, but it turned out to be a disaster: There were so many technical issues that the whole thing had to be postponed until Monday night. But while the two stars were still attempting to get it going, many other celebs hopped on the stream to comment — including Adele.

Remarking on the sound and video issues that were preventing fans from watching the battle, Adele wrote, “Come on it’s 2020, we ain’t meant to get what we want.”

While this could just have been an innocent remark — or even Adele’s response to the Rolling Stones performing “You Can’t Always Get What You Want” on the One World: Together at Home broadcast on the same night — some fans have interpreted it as a hint that they won’t be getting what they want — as in a new Adele album.

According to the Daily Mail, fans are convinced that Adele was hinting that her album will be postponed to next year.  It wouldn’t be unexpected, given that stars like Lady Gaga and Sam Smith have already announced that they’re delaying the release of their highly anticipated albums due to COVID-19.

When ABC Audio spoke with Adele’s pal and musical collaborator Ryan Tedder recently, he said he had no idea whether or not her album would be coming out in September.